In his German language book book "The Big Seven", WingTsun grandmaster Keith R. Kernspecht covers the essential seven capabilities that must be developed in his WingTsun for successful self-defence against stronger opponents. 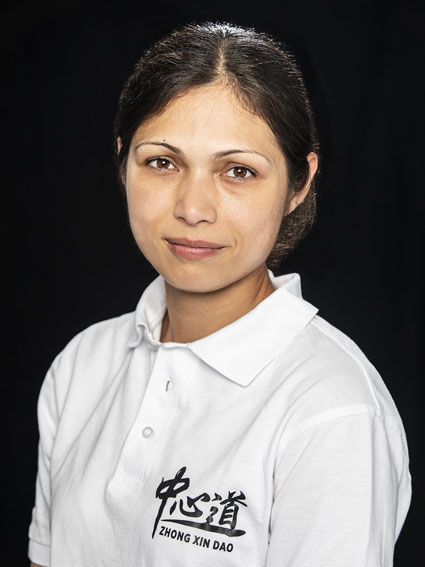 These essential seven capabilities are:

With this, Prof. Kernspecht has put another cornerstone in place to continue WT’s transformation process from a considerably more external into a mainly internal system.

When you study the inner (internal) styles, as I have been doing with GM Kernspecht for over a decade, you notice certain common characteristics which I will now describe in no particular order before discussing one of them in more detail, namely “giving way”:

• Standing in a “rooted“ stance for longer periods
• Arm exercises intended to create stickiness.
• Unity of body and spirit
• Positioning
• Relaxation
• Transformability
• Being full (fullness)
• Awareness of the centre
• Constant forward pressure to the opponent’s mass
• Constant preparedness/readiness
• Fajin/Fali – transfer of energy for the purpose of attacking
• Giving way/Yielding

Let me start with a few thoughts on "giving way"*, though these only reflect my present understanding.

The ability to give way* plays an important role in Yip Man wing chun, and a very important one in Leung Ting Wing Tsun descended from Yip Man, as this is regarded as probably the softest of the wing chun styles.
EWTO WingTsun already shows by the spelling "Wing Tsun" that we take much guidance from this style, though we have also adopted other wing chun concepts from various styles of wing chun into the EWTO.

Explanation of the term "wing chun"

When we write "wing chun" in lower case letters, we always mean the system as a whole as it was passed on from Ng Mui to the young girl Yim Wing Chun who gave her name to this martial art.
This not only includes all the styles that claim their descendancy from Yip Man and come from various students of Yip Man, and are spelled either "Ving Tsun", "Wing Chun" or "Wing Tsun" (Leung Ting!), but also mixed styles derived from them, as well as styles that have nothing to do with Yip Man but are part of the big family.
In fact there are more wing chun styles that do not come from Yip Man than those that can be traced back to him.

Moreover, the most important motto in wing chun does not really refer to giving way when it says: "Stick to what comes!"
GM Kernspecht‘s late mentor and friend GM Wang Kiu, one of the most highly educated students of Yip Man and a professional interpreter, even construed this motto, which most wing chun followers understand as an instruction to give way, to mean: "Stop what comes!"
Over 10 years ago, Grandmaster Kernspecht developed the precise opposite to this with his training concept "ReakTsun", a WingTsun that does not offer even the slightest resistance. At present, however, he teaches a WingTsun that some (uninitiated) people inevitably consider to be "hard" and "unyielding".

We can therefore see that there is by no means a common understanding that "giving way" is required in wing chun.

Nonetheless, GM Kernspecht continues to insist that one must not offer resistance in WingTsun, as this would be a no-go for him because he considers absence of resistance to be a non-negotiable characteristic of wing chun.

What should we make of this apparent discrepancy?
For us, resistance means directly opposing the opponent’s force with brute force of our own. Such behaviour, which is perfectly common amongst the uninitiated, by definition contravenes the old adage that "wiser minds give way". And who of us would not like to be the more wise.
Countering force with force will always give the stronger opponent better chances. And as the late Prof. Tiwald once wrote, an opponent can only be strong where we offer him resistance.

It is therefore fundamentally wrong to offer resistance to superior strength – we see this as incorrect or primitive power in contrast to the sophisticated and clever "KungFu power" which is not based on resistance, but not necessarily of giving way …

So during training, why does GM Kernspecht nonetheless tell his students to apply direct pressure to the opponent’s arm, rather than giving way almost at the slightest initial contact as in his ReakTsun, so that the opponent advances into thin air?

In fact this is just a learning stage that has something to do with a surprising discovery we made with various inner Chinese styles over 10 years ago (Hsing-I, Yi Chuan, Taiki Ken, Pakua and later I Liq Chuan, Zhong Xin Dao), and with the southern inner Praying Mantis and White Eyebrow style you might recognise from "Kill Bill 2", which I have just watched on TV.

Under certain circumstances these styles can attack using different forms of energy at the same time, and in fact we also discovered a completely unknown wing chun style that seem to have this capability, though it does not come from Yip Man and is older.

There are perhaps only a dozen or so real experts around the world who are able to generate these types of energy, and even fewer who are able to put them into effect in combat without any prior physical contact whatever.

Of course this is purely an academic rather than a practical prospect, as the probability of encountering such an expert in a combat situation must be close to zero.

Nonetheless, GM Kernspecht has always been a perfectionist in everything he does. Accordingly he has spent many years finding and understanding this "method", originally to learn how to defend against it. And naturally he also wants his master students to be in that position.
Because only if you are able to apply this energy at least to some extent, and know what it is based on, can you understand how to avoid it in a later learning stage.

This is why you must first learn how to "land" on the opponent’s forearm to create a usable point of contact from which further energy impulses (vectors) can be sent to his body mass.

So what has all this got to do with "resistance"*?

Everything, because if in typical WingTsun style you already "give way"* (see explanations above) at the first, slight contact, this works 99.9% of the time for advanced practitioners, but you will never learn how to create a usable point of contact.

To "land" and create a balanced point of contact, you need to work with slightly more pressure than is usual in WingTsun.

So as a first learning stage on the basis of these findings, which I have simplified here and not really described correctly, when GM Kernspecht teaches students to counter the attacking pressure of the opponent with exaggerated force so as to "land" on the opponent’s arm and create a balanced contact point, this only applies for a certain training period, after which the directly applied pressure is gradually reduced little by little.

And how can we prevent one of these dozen or so world experts from attacking us with multiple vectors in the event of a fight?

The answer is simple, but not easy: We must not let them "land".

And if you have recognised what you need to "land" on the opponent’s forearm correctly, you also know what conditions you must not offer the opponent.

I hope you enjoy landing and not allowing to land!