"If Wing Tsun is so effective, why don´t we see it in MMA fights?"

Again and again, I read emails and Facebook comments from people who mock or even express contempt for classical martial arts or self-defence methods.

No martial art teaching movements that do not look exactly like those they are used to see in MMA or UFC is exempt from such sometimes very primitively expressed abuse. 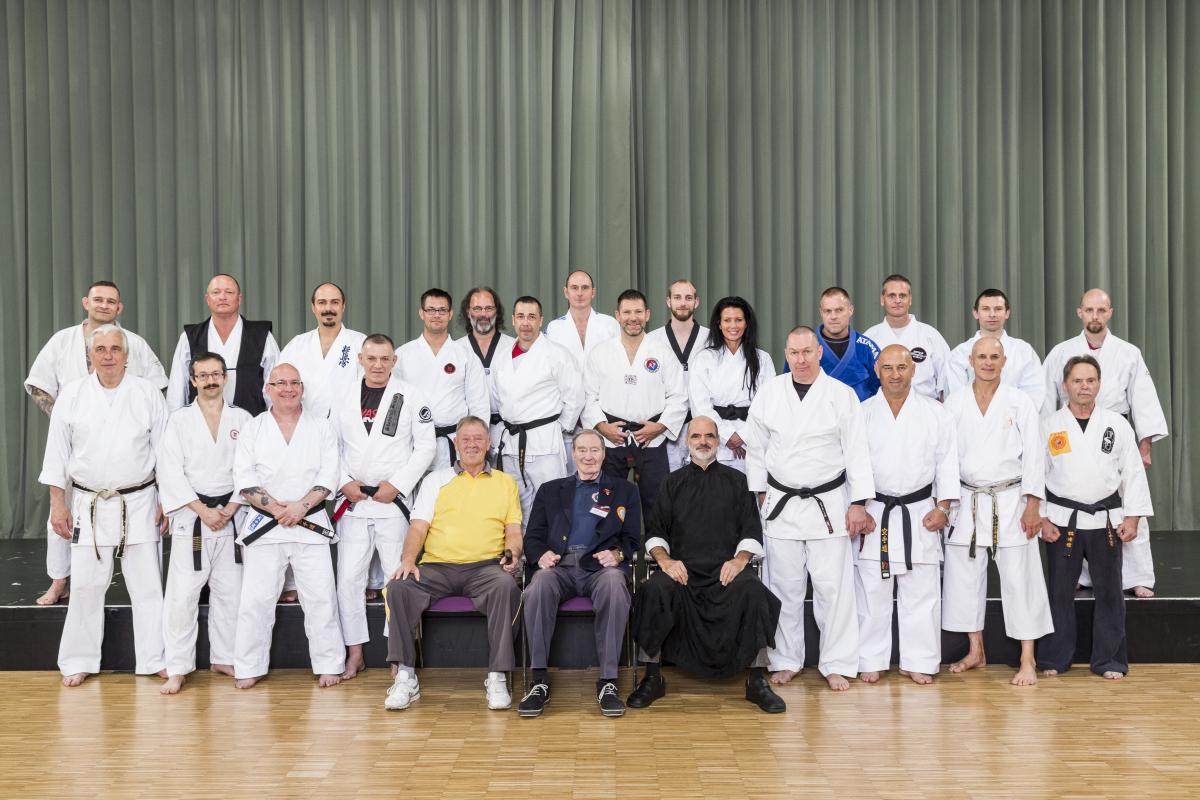 We respect MMA athletes and grappling, and value the focus on reality that has by now hopefully opened the eyes of the dreamers and crackpots among martial artists. As early as 1987, when hardly anybody except myself thought much of wrestling (grappling), I wrote in my bestseller "On Single Combat" that I consider a "mixture of boxing, football kicks and freestyle wrestling" to be a great fighting method.

At the time a highly thought-of Karate and Kickboxing pioneer angrily wrote:

"Nowadays young whippersnappers who have just subscribed to an MMA or grappling course, or couch potatoes whose knowledge comes from YouTube, have the nerve to abuse us oldtimers who were already fighting in the streets as part of our profession when these know-alls were not even born."

So what triggers this reflex in people who declare that anything not looking like MMA is stuff and nonsense?

In my view it is sheer ignorance:

These people do not know that it was the classical martial arts, and not just wrestling and boxing, that originally supplied the techniques now used in MMA and UFC.

As the MMA training approach tends to take its lead from western boxing, its combat movements have a more fluid and natural appearance than the often highly formal and almost robotic and artificial movements of the old, original Asian martial arts.

MMA fights present a more free and natural image that only follows usefulness and personal preferences.

Nonetheless, fights and training according to the MMA approach have something uniform and stereotyped about them:

The athletes prepare in almost the same way, and practice for the five phases of a fight which I have divided into 5 distances and the appropriate weapons in our EWTO WingTsun.

My 1987 book "On Single Combat" already covered this:

All combat sports/martial arts more or less specialise in 1-2 of these distances.

NOR IS MMA A StYlE, BUT RATHER A FORM OF COMPETITON where different styles are mixed (MMA = Mixed Martial Arts).

So what are the styles that can be most easily mixed for this purpose?

Of course those that were already used in sporting competition beforehand:

a priori it is Judo/Jiu Jutsu, Kyokushin Karate, Thai Boxing and Wrestling that come to mind.

Our experts in the EWTO, who on my advice started learning MMA methods and grappling from Jon Bluming, and now train in the USA under Gene leBell and Gokor Chivichyan, i.e. GM Thomas Schrön, who also holds a black belt in Brazilian JuJitsu (BJJ), and GM Oliver König, agree with me that this applies in practice.

Thai boxing is the most versatile, as it covers the first 3 phases.

Boxing is the leader in phase 2 as its speciality is "punching", and boxers are able to clinch in phase 3.

Judo and Wrestling are predominant in the 4th and 5th phase.

So does this mean that these styles do not have the technical prerequisites that qualify them for use in MMA?

Of course not! They all have what it takes to provide techniques for two or more of the five phases.

In fact suitability for MMA is not so much a matter of style-specific techniques as a matter of the MANNER IN WHICH, AND HOW intensively and hard these techniques are practiced, and how much punishment fighters in these styles are prepared to take and deliver. It is all no good without a certain ruthlessness towards the health of your opponent and your own, and nowadays very few can exhibit that.

I therefore contend that if it is only matter of technical means, other styles would also be able to cover certain areas when it comes to preparing for MMA tournaments, but that the necessary NATURAL FIGHTERS are only encountered in sufficient numbers in the 4-5 styles mentioned above.

For example, Tai Chi was formerly a style where fights were a matter of life or death, but today it has become a kind of lifestyle activity with followers of a corresponding mindset.

The uniform picture that MMA fights present is not due to the need for combat to look exactly like that!

It could also look different, and would not have to be less effective because of this.

The incorrect assumption that only the techniques seen in MMA are logical in a fight, and that all others are "nonsense", seems obvious to the observer and also its practitioners owing to the sheer number of times the same technical movements are performed. The entire martial arts world is saturated with these stereotypes.

As a result many are mistakenly tempted to believe that only these techniques and only these styles work when things get serious.

To come back to our WingTsun (wing chun, Ving tsun), it has much to offer

At the time of Yip Man in Hong Kong there was no interest in groundfighting. Even Jigoro Kano, the founder of Judo, was contemptuous about groundfighting, as "A man is not an animal, he fights standing upright!". Kano later adopted aspects of other styles, and groundfighting became a major domain of his Judo!

At least my 2nd SiFu Leung Ting (1976-2008) taught special classes with falling exercises and fighting on the ground.

I myself began my martial arts career with wrestling in the late 1950s (in the late 1960s to 1970 I even worked as a "catcher" – now called a "pro wrestler" – to earn a little extra towards my university studies), then Judo/Jiu Jitsu and later also Aikido and Hapkido, so what is nowadays known as grappling was always part of what I did.

However, WingTsun (WT) is not a combat sport but as we understand it, a martial art or pure self-defence. We do not need the stamina for 5 minutes or more, but a maximum of 5 seconds when fighting an opponent. This is in my own experience and that of my students! We do not fight fairly, but rather cleverly and cruelly, because by definition we are the weaker party (our progenitor was a woman, a nun) and only fight to defend ourselves when we are compelled to fight. Or to defend others who are weaker. This is the old code of honour in KungFu.

NEITHER IS FIGHTING THE GOAL IN WingTsun, but rather avoiding a fight or winning in seconds when defending ourselves. We know that mindfulness and presence of mind are more important than physical strength and techniques. And we always take the possibility of multiple opponents or an opponent carrying a weapon such as a knife etc. into account. These are things an MMA athlete does not need to think about.

We are usually not (professional) athletes, but rather normal people, and we have a high proportion of women and students.

In brief, most of our 50-60,000 members want to be able to defend themselves and others, but it would never occur to them to take part in UFC tournaments.

Nor is fighting in public compatible with the attitude of other martial arts, and particularly that of the so-called inner styles, which are concerned with quite different things such as self-perfection and reject competitive combat as ego-driven in the Zen-Buddhist sense.

It is therefore very improbable that those practicing these uncommon methods might be drawn to take part in such fights.

An additional factor in the case of 100% inner methods such as Tai Chi, Hsing-I, Pakua, Yi Chuan, I Lik Chuan is that one cannot master them after just 10 years to the extent that one could contemplate such fights. I cannot speak for all of these high developed methods, but to become a combat master in e.g. Tai Chi (Tai Chi Chuan), not even two or three times that number of years would be sufficient.

However, things would be quite different if already active MMA fighters were to acquire SOME KNOWLEDGE of the above arts.

This would give them considerable competitive advantages, as their opponents would find it hard to cope with the unknown.

I am therefore certain that an MMA fighter would decisively improve his chances of winning if he e.g. optimised his infight by additionally adapting sticky hands methods from WingTsun (Ving Tsun or Wing Chun) or the other arts I have mentioned.