Why the familiar slogan from the 1990s is three times as true today
Over the last 40 years, what the EWTO offers has been continuously expanded by Grandmaster Kernspecht. His first and foremost consideration has always been realistic self-defence, and nothing in that has changed to this day. For him, the most suitable way to make self-defence learnable by anybody is and will remain WingTsun – and Newman Escrima for bladed weapons. 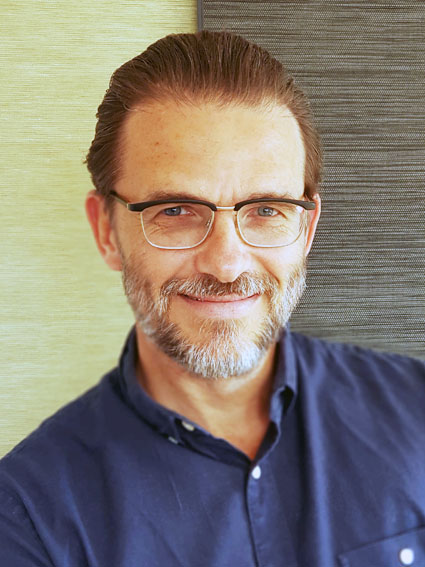 The pledge to make any man – and of course woman – capable of successfully mounting an effective self-defence in the most common threat situations as quickly as possible is the primary focus of the EWTO. The great difference from other providers lies in the unique and highly effective method. Both in terms of the teaching concept and of its practical application in self-defence situations. Both have been continuously developed further over the decades, incorporating the latest findings from different scientific disciplines (sport and biometric science, psychology, sociology, education, etc.), and adapted in line with the present requirements for realistic self-defence and training programmes.
During this continuous renewal and improvement process, it is of great importance to Grandmaster Kernspecht and his three WingTsun grandmasters Giuseppe Schembri, Oliver König and Thomas Schrön to keep the focus on the overall concept at all times. There are after all many historical and current examples of martial arts styles and self-defence methods developing into undefined concoctions of unconnected ideas and/or ineffective movements over time.

The centrepiece of this overall concept, which Grandmaster Kernspecht has developed over more than half a century of theoretical and practical research, is the achievement of a practically oriented balance between the different aspects of WingTsun, which can be subdivided as follows:

For the beginner, the focus is of course on the teaching content which is of the greatest use and is most quickly learnable for the most frequently to be expected self-defence scenarios. How WingTsun can be applied for self-defence will determine the greater part of the training syllabus.

The advanced WT student is increasingly immersed in the classical programmes of the KungFu style WingTsun, which has always been regarded as highly combat-effective. The student also learns the concepts employed by other styles and methods, and the answers WingTsun has to them. As a potential teacher, he/she is ideally prepared so as to make even absolute beginners capable of effective self-defence quickly and reliably.

WingTsun as the practical path of the mysterious inner martial arts

A master of WingTsun has mastered all the aspects of the system that are relevant for efficient self-defence. He devotes himself to the highest classical programmes of the style, which e.g. teach skilful use of the double knives and long pole. These are less concerned with practical self-defence with and against commonly used weapons, but instead with a deep understanding of biomechanics and the intelligent use of energy. At this point in his martial arts career, the WingTsun master increasingly devotes himself to the study of Inner WingTsun, which contains the ancient concepts of the inner Chinese martial arts. The usually abstractly understood ideas, which often appear mysterious to the western mindset, are given a very practical meaning in Inner WingTsun.

In the EWTO, the three-part structure of the teaching concept takes into account both the requirements for an efficient self-defence method and the complexity of a fascinating KungFu style. This means that WingTsun can meet the needs of those who want to become capable of defending themselves as quickly and reliably as possible, as well as the desire of those who want to make learning and experiencing a Chinese martial art a satisfying aspect of daily life.

WingTsun for all age groups

WingTsun is the centrepiece of the EWTO's teaching and training programme. Alongside the different areas of emphasis arising from the different aspects of this martial art, the varying needs of individual age groups are taken into consideration.

A unique teaching programme for children aged 5 - 12 years has been developed in cooperation with experts from relevant disciplines, primarily by DaiSifu Peter Thietje. The aim of this Kids WingTsun training is to help young people to learn self-assertion and self-protection while having plenty of fun.

When the kids gradually leave childhood behind, the WingTsun training must also reflect the changing needs of adolescents. In the Teens WingTsun concept the particular circumstances of these juveniles are taken into account.

Whatever their age, the WingTsun training for adults is always attuned to the personal skill level of the individual. The intensity of training can be individually adapted to anybody depending on opportunity and motivation.

Other martial arts and supporting disciplines

For 40 years the two grandmasters Keith R. Kernspecht and Bill Newman have shared both a passion for the martial arts and a close friendship. It was already clear to GM Kernspecht early on that realistic self-defence is inconceivable if it fails to take bladed weapons into account. While the traditional Chinese curriculum of WingTsun also teaches weapon skills in the form of the long pole and double knives, these are among the most advanced programmes and are only learned after many years of training. Moreover, the movements and strategies are only applicable in modern self-defence situations or against weapons to a limited extent. However the dynamic and logical Newman Escrima specialises in the application of efficient self-defence techniques using a wide range of weapons and day-to-day objects.

During the course of his research into the origins of WingTsun as one of the "inner martial arts", Grandmaster Kernspecht happened upon Zhong Xin Dao. This martial art was founded by Grandmaster Sam F.S. Chin on the basis of I Liq Chuan, also known as the "School of the Masters". Zhong Xin Dao is not tied to one style. It consists of pure logic, strategy, biomechanics and energy efficiency. The basis is provided by the ancient principle of Tai Chi (not to be confused with the martial art of the same name) and Zen philosophy. Learning it is not a matter of accumulating or imitating specific techniques, but rather of understanding movement principles that follow certain concepts. Grandmaster considers Zhong Xin Dao to be ideal for explaining the principles of "Inner WingTsun".

GM Oliver König and GM Thomas Schrön have developed the BlitzFight concept to bring and maintain fitness and sparring training, both upright and on the ground, at a high quality level, and to standardise the teaching content throughout the EWTO. For the grappling aspect they took their inspiration from the concepts of Kaicho Jon Bluming, and acquired extensive training know-how in the USA with GM Gokor Chivichyan and his teacher GM Gene LeBell. They also train with Karen Darabedyan, a master student of GM Gokor and a successful MMA fighter.

EWTO ChiKung, which is taught by the ChiKung team – Sifu Regula Schembri, Sifu Petra Weipert, Sifu Constantin Mock – conveys and combines traditional knowledge of the "Inner" Chinese martial arts with modern western findings on movement and health. Unlike conventional QiGong, it takes its primary reference from the concepts taught in WingTsun and Zhong Xin Dao.

The EWTO's violence prevention programme – represented by specialist DaiSifu Roy Schirdewahn – is aimed at schools and organisations for children and adolescents. In tailor-made teaching courses, the young people follow the unique "safety scoring" concept, learning how to assert themselves and if necessary defend themselves using simple techniques that can be quickly learned with no particular preconditions.