Unbeatable in the Infight with ChiSao!

I would like to start the New Year with an extract from my almost 400-page concept book on the subject of ChiSao, whose publication is planned for the first half of 2020. 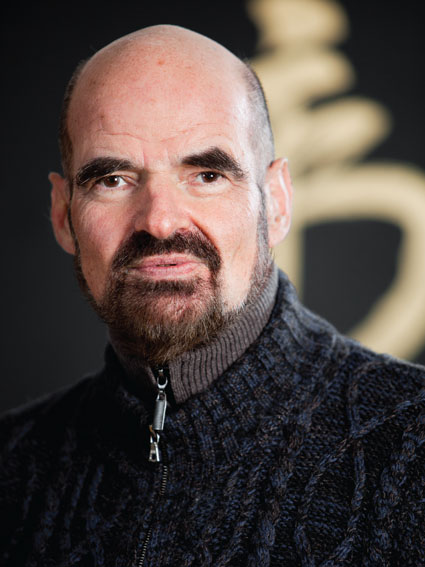 Observing a boxing match in the ring, it is noticeable that the clean boxing techniques soon give way to mutual trapping and hooking of the arms as soon as the two opponents come too close to each other.

The referee duly warns and separates them so that they continue to do what the spectators expect, namely box.

And if the hands of the two boxers had not been bound into fists with boxing gloves, they would also try to grab the wrists of the opponent to prevent him from punching.

This phase in boxing, which is rather unpopular with spectators, is known as a clinch, and is in the grey area between boxing and wrestling.

If the rules allowed it, boxers would now employ elbow-strikes, knee-strikes and even head-butts before the fight degenerated into a stand-up wrestling match.

Looking at the development history of the martial arts, the really unnatural phase is actually boxing with the fists, which only developed in e.g. Europe as an offshoot of fencing, and was unknown in Japan before the Japanese were able to see the first American boxing matches in cinemas.

Clinching is therefore the middle phase in the whole fight, where the opponents have come so close that they are reluctant to kick and punch but are not close enough to easily switch to stand-up wrestling.

At this medium distance, specialists are certainly still able to deliver kicks and strikes or apply armlocks, chokes and throws.

For me the clinching distance therefore contains all the possibilities in a fight in compressed form. 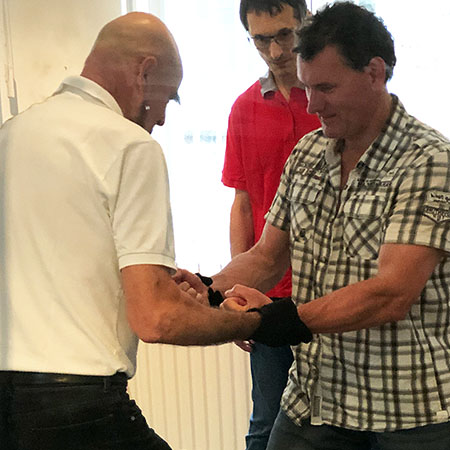 Some time ago in Kiel, when I gave my Budo friend Wolfgang Hagge, 8th Dan Karate (DKV) and an excellent fighter, an intensive introduction to the ChiSao of my WingTsun, his professional verdict was this:

“This can make you unbeatable in the infight!“

A number of major MMA players such as Anderson Silva, who are not afraid to look over their garden fence, have meanwhile discovered this as well, practice ChiSao as an addition to their programme and train on the wooden dummy.

What they need to remember, however, is that these methods were developed for close combat, and that other rules may apply at a distance.